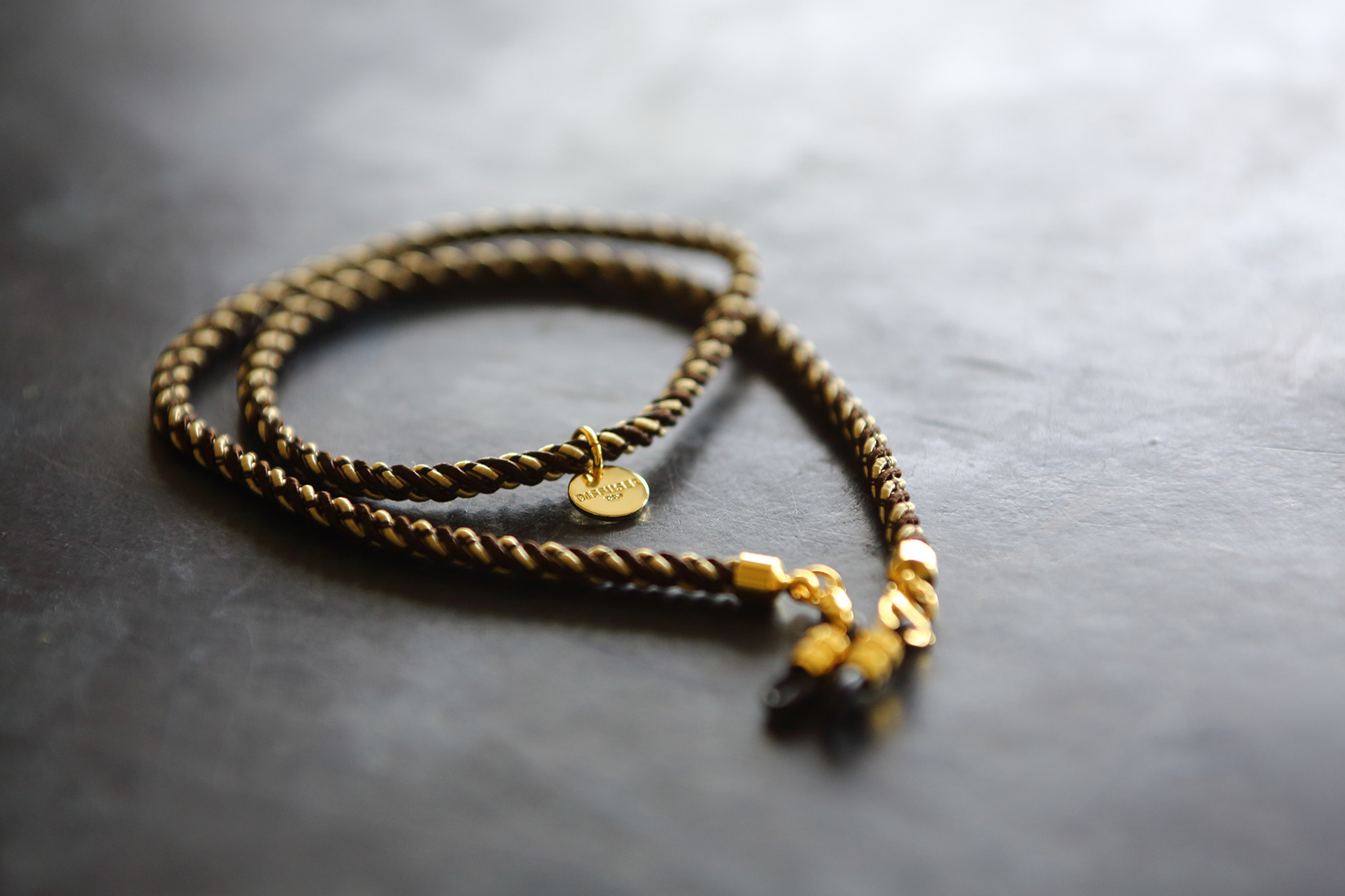 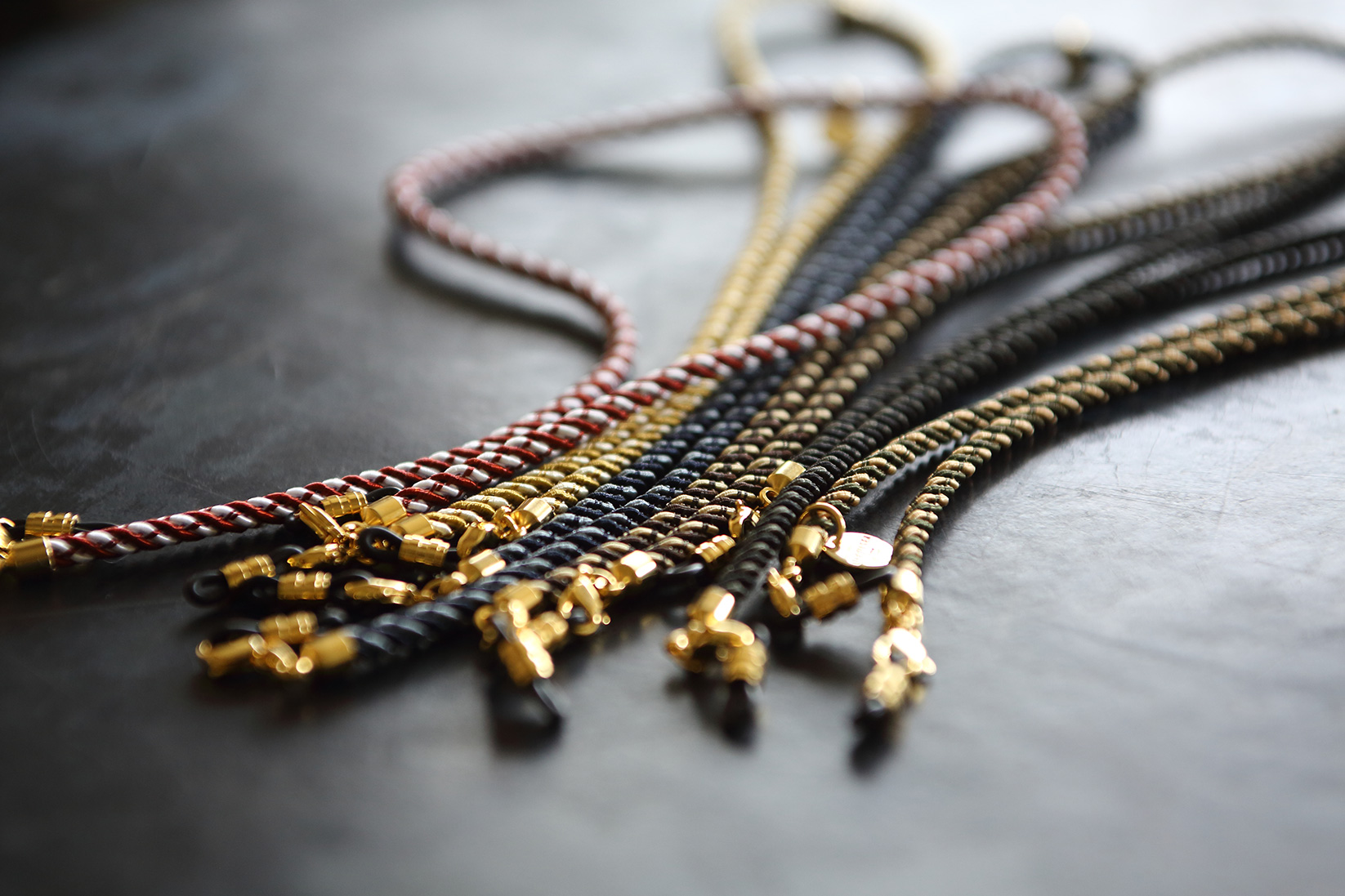 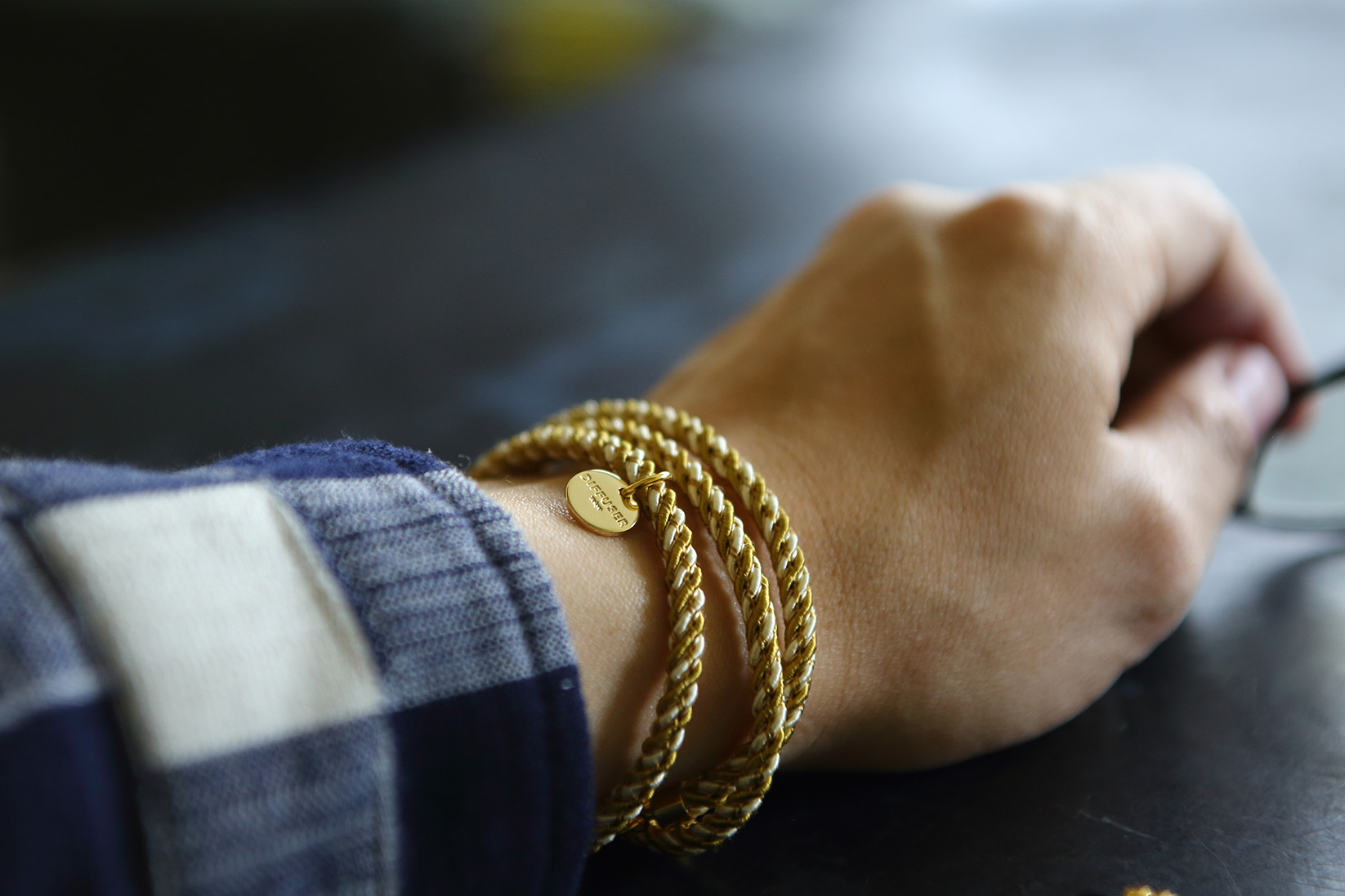 The second version of the bracelet cord incorporating Japanese tradition. We produced original cords at a factory based in Fukui Prefecture, one of the largest producers of synthetic fibers. It is said that the textile industry flourished in the Hokuriku region due to its heavy rain and high humidity, which makes it harder to break the thread and makes it harder for bubbles to come out. Since ancient times in Japan, strings have been used in gorgeous occasions such as formal attire. Various colors and patterns were invented at the beginning of the Edo period, and this became an item that showed the dance of date among samurai. In addition, at the end of the Edo period, it became widespread as obijime for women, and became established. In this product, we decide from the combination of threads to create a modern hue. If you take off the rubber fittings on the tip, it will change into a three-string bracelet, allowing you to enjoy it as a separate item. The logo design of the plate is new.